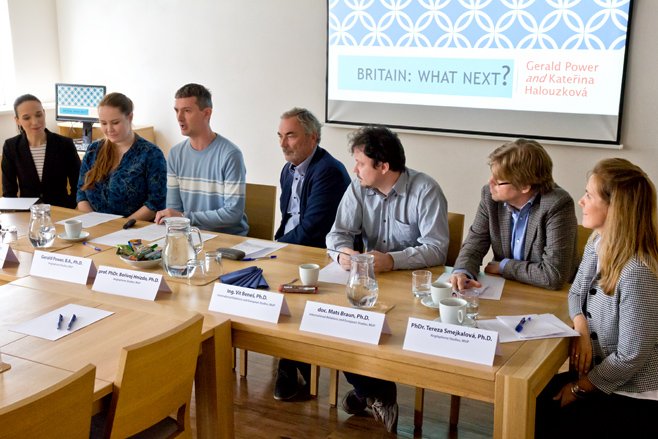 Roundtable on Brexit: Situation after Deadline of Negotiations

18. 4. 2019 Author: Tereza Smejkalová Department of Anglophone Studies organised a roundtable discussion on Brexit and the situation after deadline of negotiations. Panel discussion with high distinguished panellists dealt with the possibility of new referendum, its consequences on the EU and the UK, negotiation strategy of the EU, including the Czech Brexit Policy and the special case of Gibraltar.