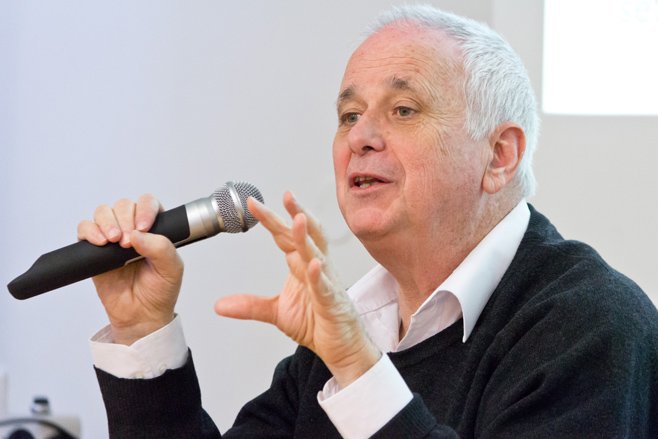 Professor Ilan Pappé about the Future of Israel and Palestine

28. 3. 2019 Author: Břetislav Tureček The lecture room was fully packed when one of the most famous and also one of the most controversial Israeli historians visited our university.

Director of the European Centre for Palestinian Studies, professor Ilan Pappé of the University of Exeter (UK) delivered his speech on the prospects for a two-state solution of the ongoing Israeli-Palestinian dispute. And he did not hide his scepticism about the future. Readers of his extensive works published worldwide on the topic know that professor Pappé tends to the one-state solution, meaning to create a one state between the Mediterranean Sea and the Jordan River, in which Jews and Arabs would enjoy the same rights. Even this time professor Pappé supported this theory with historical arguments by which he significantly challenged the official Israeli narrative. Professor Pappé belongs among the so-called new historians who criticize the founding of the State of Israel and use documents which have been opened to public recently and which many of their colleagues or current Israeli politicians would rather like to keep hidden deep in the archives. Pappé's performance at MUP once again reminded us how complicated the Jewish-Arab dispute over the territory is and also how debates not only about the future, but also about the recent past of the Holy Land may be stormy. The lecture was jointly organized by the Centre for Middle Eastern Studies and the Department of International Business.