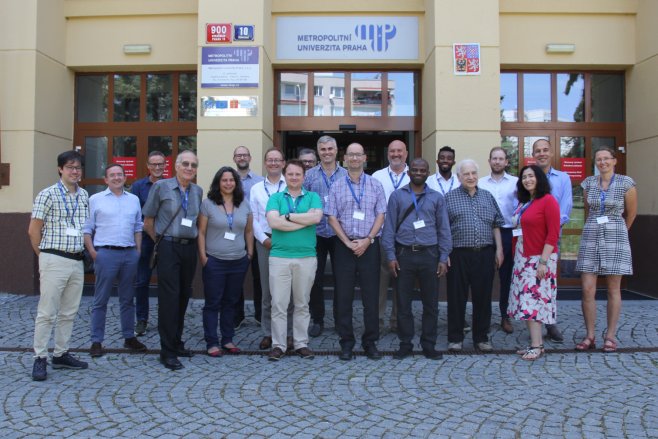 Twenty-five researchers from all over the world, including the Rector of Metropolitan University Prague, Professor Michal Klíma, gathered to discuss many topics such as the role of money in the political process and in social interaction with public authorities, aspects of campaign and party financing in political systems around the world, transnational payments aiming at the proliferation of democratic government as well as corruption in all its manifestations in individual and governmental behaviour. Apart from the conference contributions, there was also a guest lecture delivered by Mr Ondřej Kopečný, director of Transparency International Czech Republic.

The three-day meeting was concluded by a guided visit of the Senate. The tour of historical premises and gardens was followed by the meeting with Pavel Fischer, Chairman of the Committee on Foreign Affairs, Defense and Security of the Senate, adviser to former President Václav Havel and presidential candidate for the 2023 elections. Special thanks to Professor Jonathan Mendilow (Rider University), chair of the RC 20, for preparing a wonderful programme and making the meeting in Prague come true.

Metropolitan University Prague hosted the SCOM meeting of the MELIA Observatory project Since 2020, MUP team led by prof. Ladislav Cabada is a partner of the international project MELIA Observatory, which is dedicated to improving the level of media literacy, especially among children and students. The project partners from the countries of the Danube region meet every six months at the SCOM Meeting to discuss the progress of the project and its further development. However, the 4th SCOM Meeting was exceptional in that it was the first time that the project could be held in person.