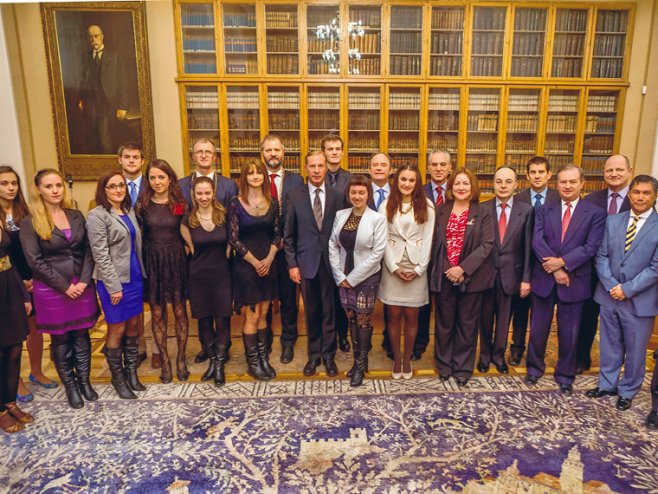 3. 4. 2014 Autor: redakce The award ceremony of the XIX edition of the Ibero-American Prize (Premio Iberoamericano) took place in mid-January 2014 at the Charles University. As every year, the recent competition involved students enrolled in bachelor's and master's programs of Czech universities who elaborated their essays in Spanish or Portuguese on topics related to history, politics, economics, culture, art, science, and realities of Latin American countries.

The Ibero-American Center of the MUP interviewed Lucia Argüellová, a successful participant of the latest Premio, to gain an insight into her partaking in the competition. 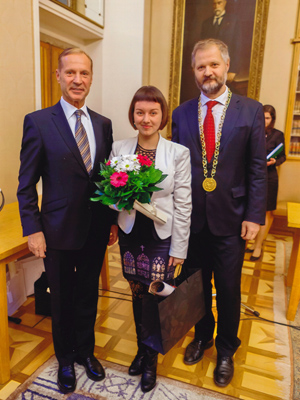 1. You participated in the prestigious student contest Premio Iberoamericano, where you won an excellent second place. With what essay did you compete?

2. What drew your interest and attention to Mexico, and especially to the area of the US-Mexican border?

Originally, I was rather interested in Central America due to numerous visits to Costa Rica and Nicaragua during my childhood. However, when the opportunity of a study exchange with a non-EU university emerged, I applied for universities in Mexico and Colombia, which consequently allowed me to spend one year studying at ITESM (Tec de Monterrey) in Mexico. This experience and the knowledge I had acquired during my stay, as well as the long-term cooperation and support from Kateřina Březinová, brought about the opportunity to participate in a project backed by the Czech Ministry of Education that included activities such as development of MUP's Ibero-American Center and my research trip to the US-Mexican border, which tied my attention to the specific region and its issues.

3. In July 2013, you had the opportunity to visit the border between San Diego and Tijuana thanks to the financial support from the internal grant MUP and from the Czech Ministry of Education. How did your expectations differ from the reality you experienced on the border?

I went to SD/TJ to learn more about Mexican migration; particularly, I aimed to complete the picture on undocumented border crossing, detention centres in the USA and effects of deportations in order to see how human security is challenged during migrant’s journey. Prior to the research trip, I went through a number of articles and other publications, NGO websites, governmental reports, documentaries, etc. Hence, my expectations were relatively accurate, but the reality was still disturbing: the personal contact with migrants and their environment was, however, very important and enriching even though sometimes gloomy.

4. The award you received included a financial reward. What will you use it for? What are your future study plans?

On the ceremony eve, Guillermo Federico Kreckler, the chargé d´affaires of the Argentine Republic, gave me an envelope containing 700 USD, which was a bizarre way how to receive an award:) Since I travel to the Americas from time to time, I suppose I will use it to cover initial expenses for travelling and maybe even living in case I end up studying or working there. Currently, I am hoping for completing my MA thesis, graduating myself and thinking about applying for a PhD in Colegio de la Frontera Norte in Tijuana or going for an internship or other working experience. 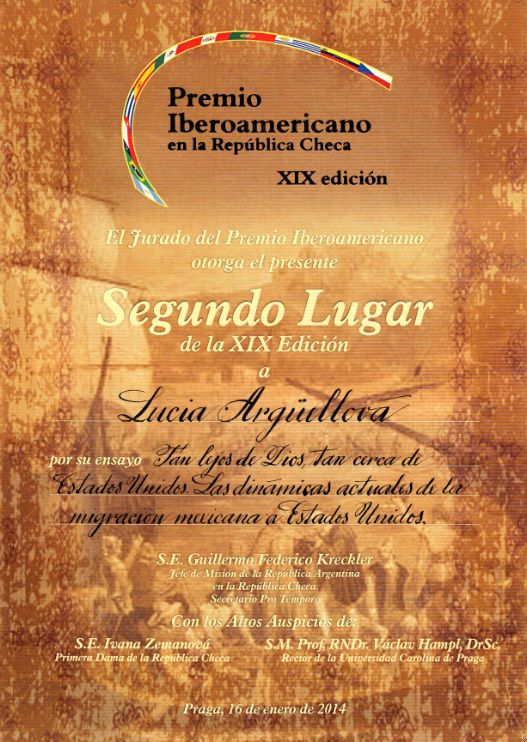 Conclusion of the Memorandum of Cooperation with the Tashkent State University of Economics 11.3.2020 Author: editors On the occasion of the educational fair Begin Edu Fair, where the Metropolitan University Prague was represented as well, the Head of the Department of International Business Ing. Jaroslav Halík, MBA, Ph.D. visited Tashkent - the capital of Uzbekistan.
přejít do rubriky
This website uses cookies to analyse viewer activities. By continuing to browse it, you agree to their use. Learn more.
Information about Data Protection is available in the Czech language here.