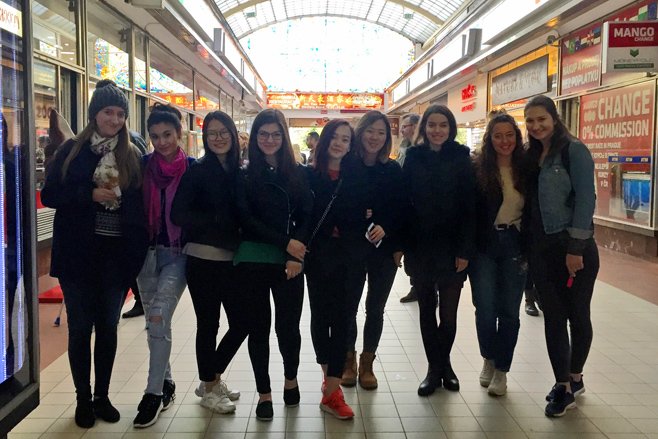 26. 4. 2017 Author: Sára Sošková Prague can be proud of its wide range of art-cinemas, that’s why its essential to visit at least one of those cinemas while you are here.

We decided to see a movie in ,,Světozor”, which was opened 1918. It’s situated in the real heart of Prague, in Wenceslas square. If you want to get there, you have to go trough beautiful and old passage. In the area of the cinema is also really nice coffee, where ye can get a drink before your film starts or just hang out there with you friends.

Last week a festival of european films took place there. We chose a movie called House of Norway, which main theme was Refugee crisis. The whole problem of this crisis was transferred in just two people, one Norwegian guy, who represented the whole Europe and one Syrian guy, who represented all refugees. This film made you laugh, but also left you with something to think about.