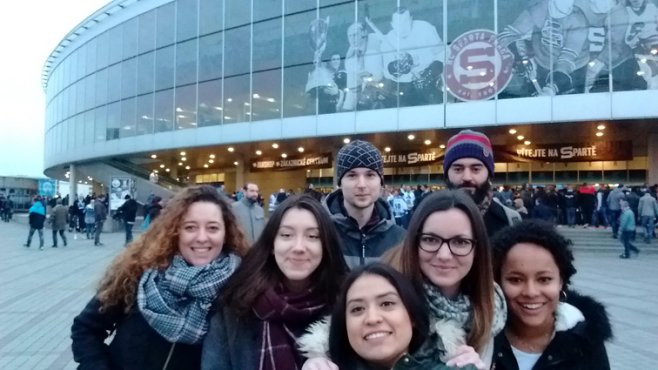 We had very good seats, close to the fan club Sparta, which cheered the players during the game time. The match itself was very interesting. Sparta was leading most of the time 2:1, but three minutes before the end, Kometa shot 2 goals, leaving the score 2:3. The emotions of Sparta fan club were truly extraordinary.

After the hockey match, we (and eleven thousand people) exited the arena and overloaded the subway :-). Some of us went to the pub in the city center, some of us went home. However, all of us agreed this was a good play and well-spent evening.