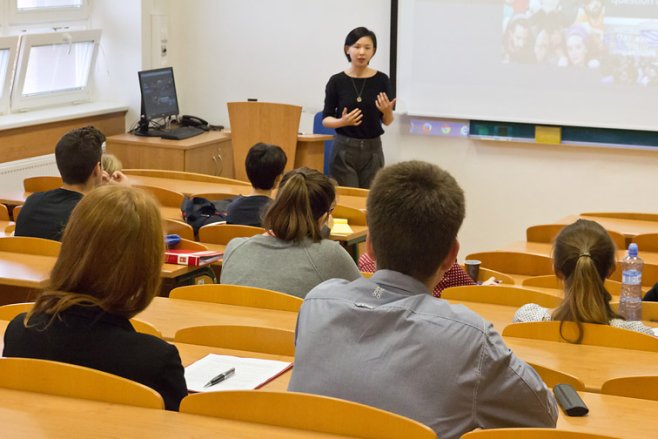 The Department of Asian Studies and the Centre for Indo-Pacific Studies have the pleasure to invite you to a special guest lecture, Dr. Cho-Hsin SU 蘇卓馨, National Chengchi University, Taiwan:

The Burgeoning East Asian Regional Integration and the European Experience

Regional integration has become a world phenomenon since the end of the Cold War, and East Asia is no doubt part of this grand movement. Yet, East Asia is not a natural region but a synthetic geo-political concept comprising of a variety of political regimes, religions, languages, ethnicities, traditions and histories, which gives space for international actors to draw different maps of one imaginary integrated area. Since the beginning of the 2010s, different proposals of one big free-trade area in East Asia have been launched by regional actors, namely the United States, China and Japan, and yet none of them has reached wide consensus and been put into practice.

What could East Asia learn from the regional integration prototype – the European Union – from its region-building experience to the recent crisis management?

Cho-Hsin SU (蘇卓馨) Majored in International Relations at National Taiwan University, Cho¬-Hsin Su has been particularly interested in the development of the European integration movement since college years. She has thus chosen French as her second foreign language, and continued her studies at graduate school at University Paris II, France. While research being her first priority during those years, she took advantage of living in a world metropolis and applied for internship at international organizations. Her stay at UNESCO has broadened her horizons and gave her valuable first¬hand experiences working with people from all over the world. Another internship at the Research Center of the Military School exposed her to a completely French working environment, where she participated in several projects analyzing French peace¬keeping missions in Africa. After finishing her Ph.D. in Paris, she went to the United States and worked as visiting scholar at Boston University for one semester. Then she came back to Taiwan and began her academic career at university. In June 2014, she also began working on a project at Google, which brought her a whole new dimension on the world of technology and creative thinking. Since August 2015, she has joined the faculty of the Department of Diplomacy at National Chengchi University.