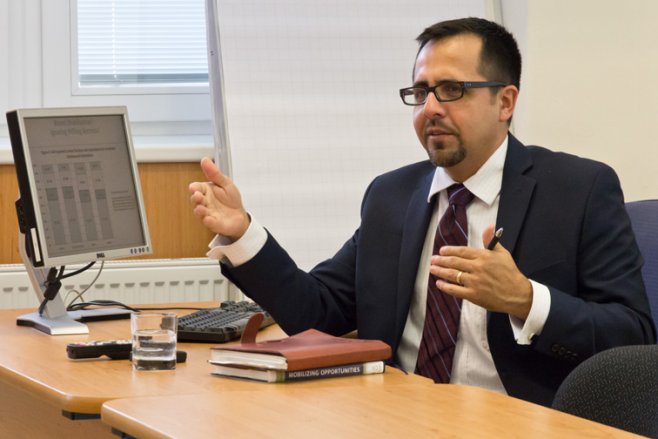 Iberoamerican Centre (IAC) of Metropolitan University Prague in cooperation with American Center in Prague and U.S. Embassy Prague cordially invite you to the next round of expert debates concerning the region of the Americas "Identity Politics: Thinking about Groups in the 2016 Elections".

Prof. Ricardo Ramirez is Associate Professor of Political Science at the University of Notre Dame and coeditor of Transforming Politics, Transforming America: The Political and Civic Incorporation of Immigrants in the United States.