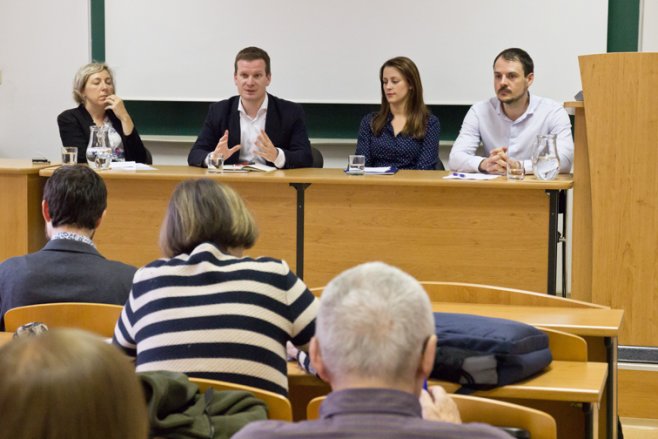 Department of International Relations and European Studies (MVES) organised a conference on European Integration of Western Balkan: EU Membership in 2025 – Reality or Fiction? that took place at MUP Prague-Žižkov building.

Since 2015 the migration crisis brought both Western Balkan and Europe changed the substance of mutual relations significantly. It also showed the  extend of substantial problems that Western Balkan countries face. These are ground touching issues connected to key elements of associated  rather to authoritarian states than to democratic ones. The key role plays deep rooted corruption, centralization of decision making mechanisms of  narrow group of ruling class, diminishing differences between accepted gray zone and justice.

What does the new strategy of the European Commission mean for Western Balkan?
How realistic is the possible membership of Serbia and Montenegro by 2025?
What are the biggest obstacles on the EU and Western Balkan side?
What happens, if...?