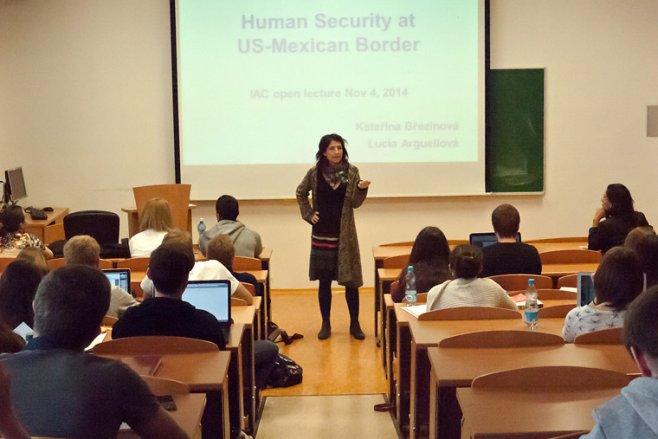 The expert debate of the Department of International Relations and European Studies and Iberoamerican centre (IAC) concering the region of the Americas.

Throughout latter half of the 20th century, protectionist US policies aimed to limit the inflow of unauthorized Mexican migrants. These policies have profoundly affected human security at the border. Besides the protectionist policies of border enforcement and deportations, also privatization of detention system in the United States, the presence of Mexican criminal groups in the border area, the increasingly lucrative business of human traffickers, the violent behaviour of US officers as well as extremists, and the lack of relevant Mexican policies have contributed to the deterioration of the migrants' security at the border.